We find your Erasmus Plus internship
in The Canary Islands

Tenerife is one of the largest of the Canary Islands placed in the middle of the Atlantic Ocean, and is part of Spain although is closer to the African continent. Due to this special situation the island enjoys an eternal spring all year around with temperatures between 15 and 30 degrees Celsius.

The main economical activity is tourism. The island receives more than five million tourists per year from countries like England, Spain , Germany and north and east European countries. With more than 180.000 hotel beds being occupied, this is one of the best tourist resorts in the world. There are two main tourist centres on the island although the island is rapidly extending it’s frontiers to rural tourism, thus greatly increasing the possibilities of accommodation further afield than the established tourist spots such as Arona and Costa Adeje (where our offices are situated) in the south, and Puerto de La Cruz in the north.

Climbing to the top of Mount Teide, the highest point in Spain at 3.718 metres, is a unique experience. With the aid of the cable car, everyone (whether fit or not!) can enjoy the splendid scenery from the peak.

For adventurers on foot, there is a path leading to the peak which starts at Montaña Blanca by the roadside. This is the only path permitted, a difficult one which takes approximately 6 hours to complete.

Weather permitting, the cable-car service operates on a daily basis, reaching “La Rambleta” at a height of 3.555 meters. The remaining 200 metre climb must be undertaken on foot. The last climb - “Telesforo Bravo” path - is a restricted area and, therefore, authorization must be applied for to reach the summit.
This is the link you can use to reserve on line the access to the summit:

If you take the cable car without this authorisation, you can walk direction the La Fortaleza y de Pico Viejo enjoying excellent views of the island and some of the islands around Tenerife tooo.

Tenerife is also renowned as a sportsman’s haven for surfing, paragliding, sailing, golf, diving, and speleology. It’s privileged position in the Atlantic Ocean offers unique opportunities to practise these sports, including whale and dolphin viewing as these beautiful creatures follow the subtropical streams. There is a permanent colony of pilot whales living in the south coast which can be visited daily – in a controlled and safe manner, of course.

Tenerife not only boasts beautiful landscapes but also the colonial architecture of the city of La Laguna and the commercial capital Santa Cruz of Tenerife: the capital attracts large, luxurious cruise ships to it’s harbour en route for the Atlantic. The traditional vineyards of the north such as in The Orotava Valley, open a wide range of gastronomy routes for visitors to discover the Canarian cuisine.

And do not forget about one of the biggest parties in Europe, Tenerife Carnival. Every year around February or March:

Due to Tenerife being one of the most important European tourist centres, there are daily connections with the main European cities. Tenerife has two airports: Los Rodeos, situated in the north of the island http://www.aena-aeropuertos.es/csee/Satellite/Aeropuerto-Tenerife-Norte/es/ and, and Reina Sofia airport in the south http://www.aena-aeropuertos.es/csee/Satellite/Aeropuerto-Tenerife-Sur/es/ . Upon arrival on the island you will find the regular bus service from both airports to be very efficient, allowing easy connection between the north and the south (www.titsa.com) Tenerife is connected with with every city in Europe, if not direct flight with stops over Madrid and Barcelona. If you are lucky enough to have a RyanAir flight from your town you could be coming just for a weekend: Between the seven Canary Islands there are ferrys and local air companies to go round easily:

Once is the island check the public bus conections::

To enjoy the island:

To have fun and go out at night:

To know a Little bit more: 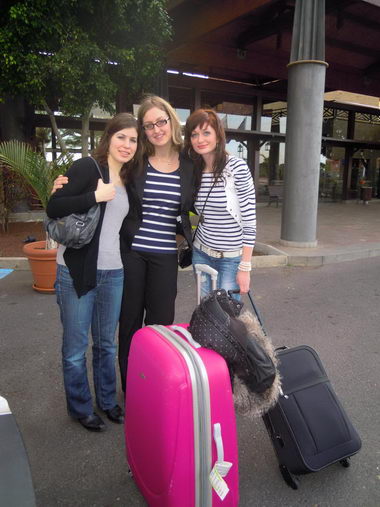 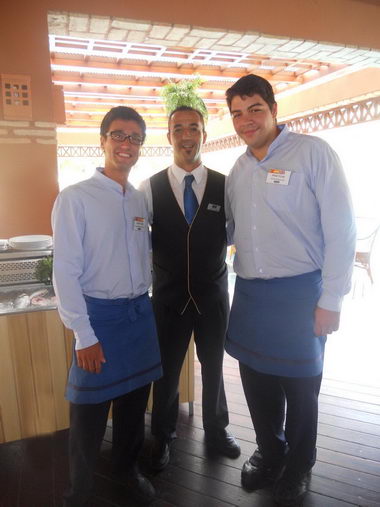 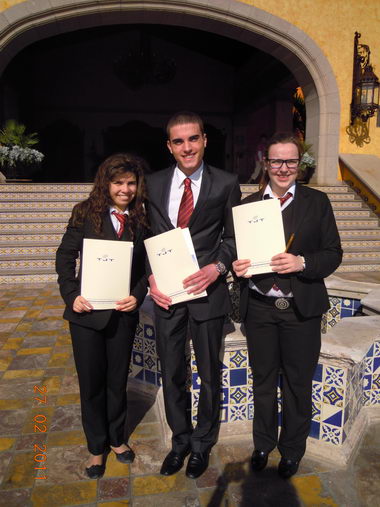 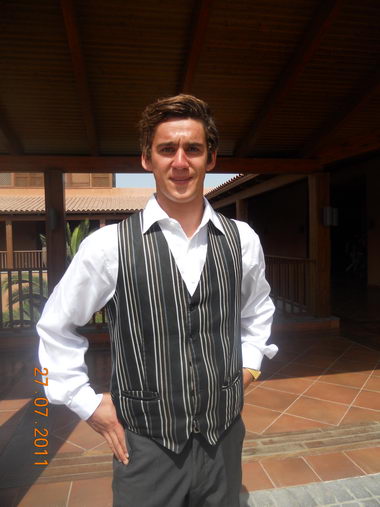 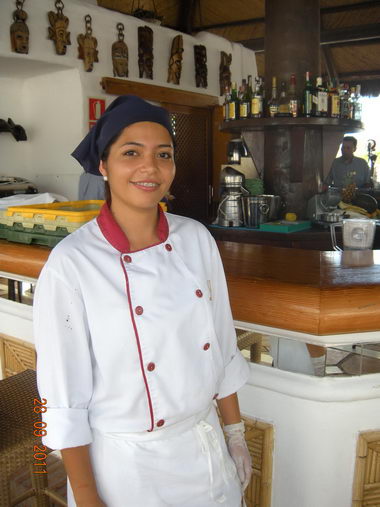 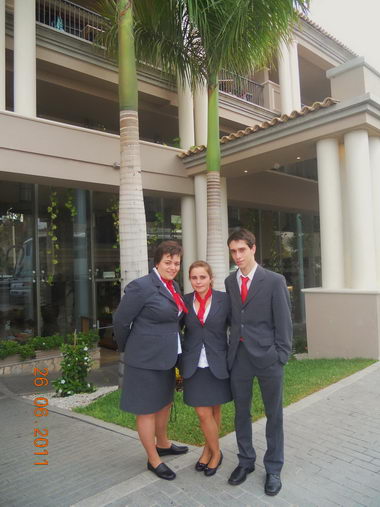 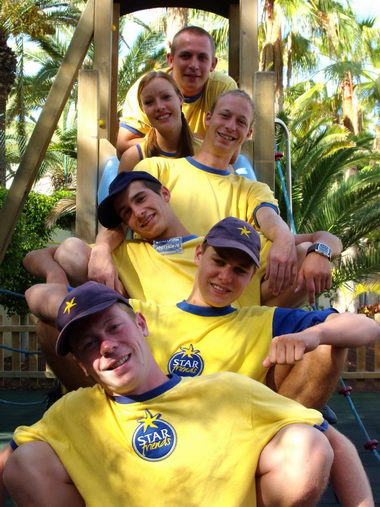 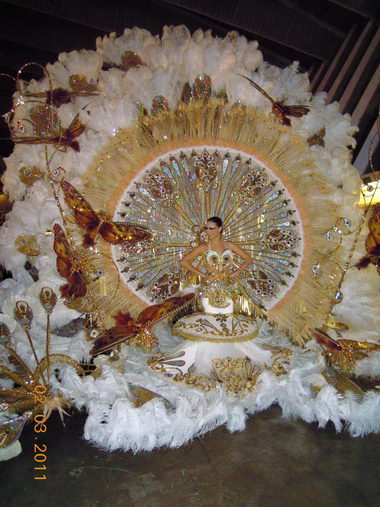 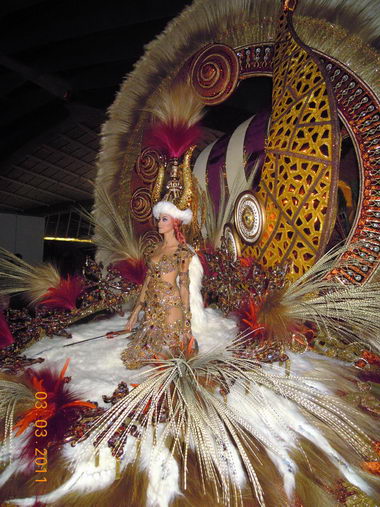 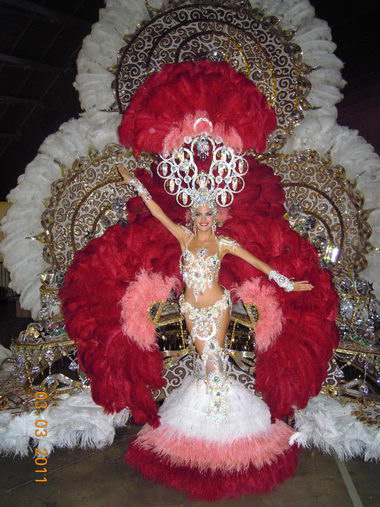 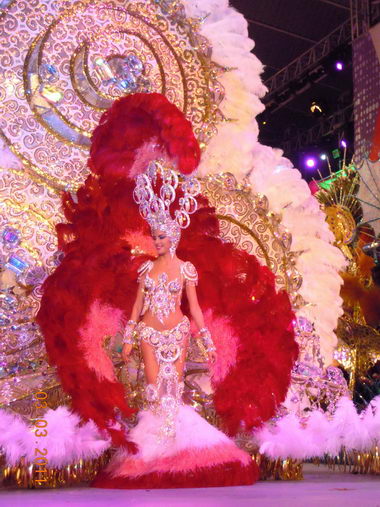 What our Clients says 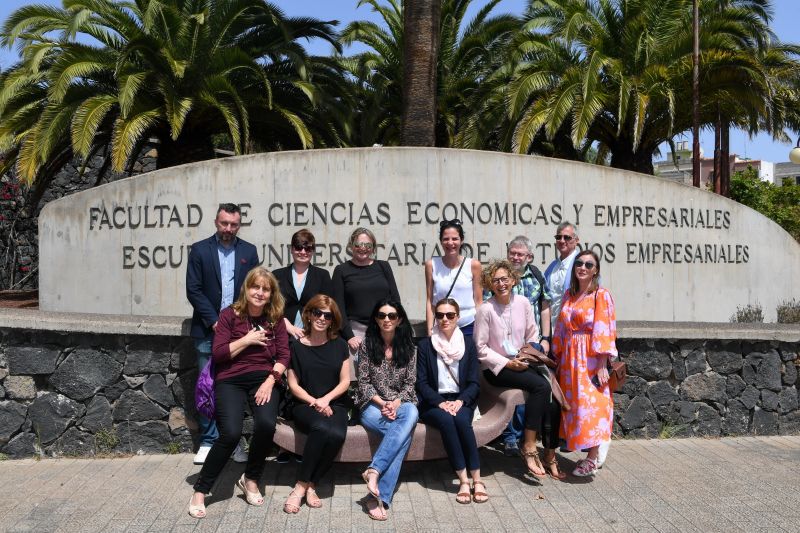 Now that we are back home, I just want to thank you for the wonderful training week that you have organized for us! You have put so much effort in organizing everything to the very last detail, espe... 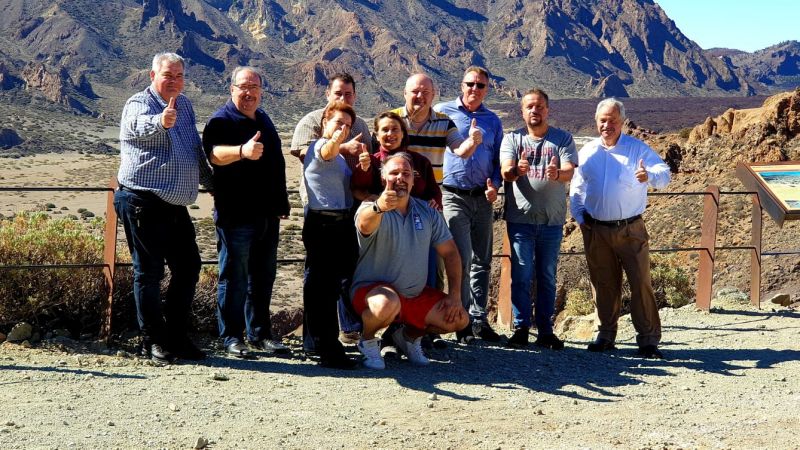 Dear Marivi, 1 year before was the last day of our Erasmus+ trip in Tenerife. Was a great experience and the group had falling in love with the atmosphere of the island! We have got a viber g... 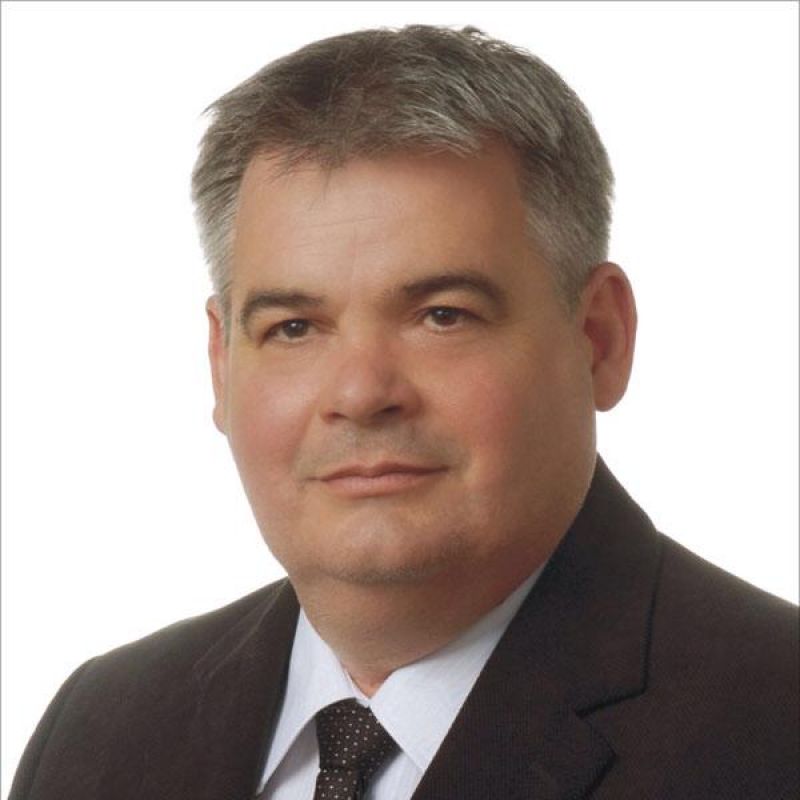 Thank you for the great hospitalty! Awesome staff! Thanks for the team! 25 November 2019.... 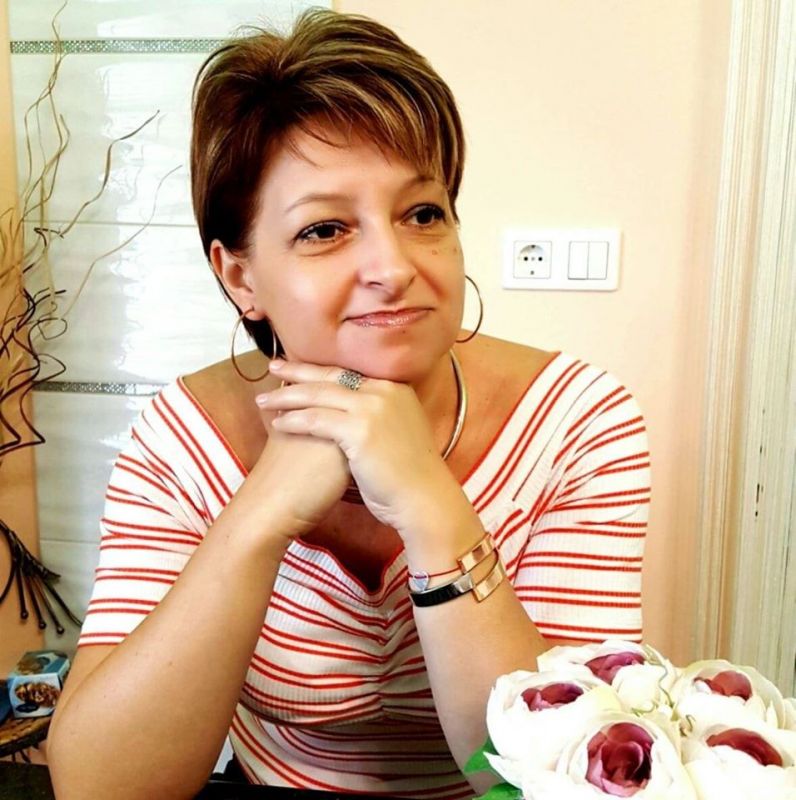 We have a fantastic team. Thanks for everything! 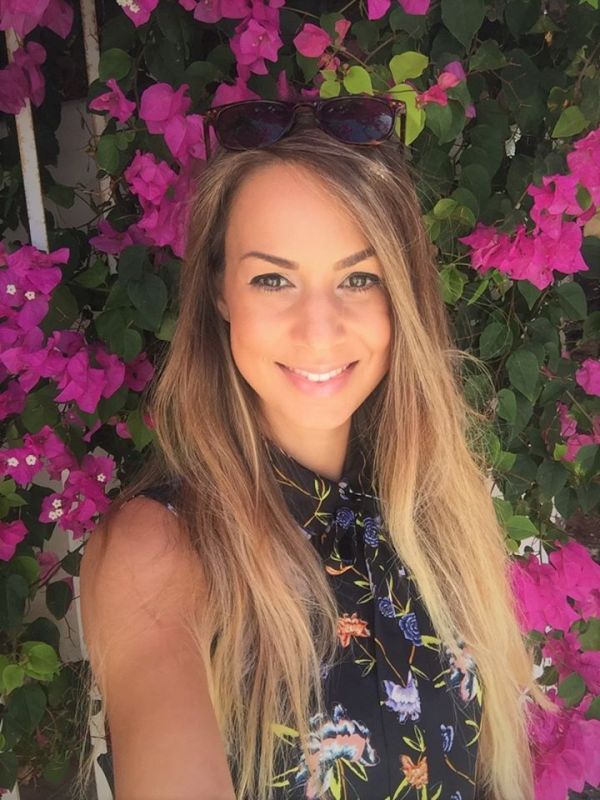 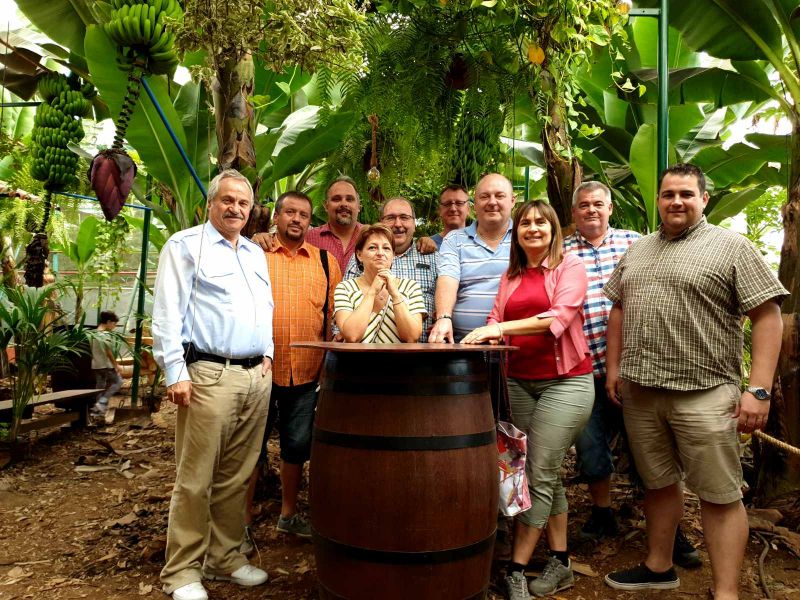 Our teacher group from Hungary spent 8 days in Tenerife with the program: Keri discovers Europe in whi...

Tenerife Job Training is an intermediary agency which aims to help students to find an internship in various companies in the Canary Islands, accompany the student during the whole stay, and make sure that the internship is in line with the needs and the expectative of the student. For more than 10 years, we have been receiving participants from the Erasmus program. Moreover, we also make part of a professional network of companies helping students to study in Spain and learn Spanish. Professional visits for teachers, K2 Erasmus Plus projects and adult education are also some of our areas of expertise.